Olane is a jungle heroine and protector of a remote South Pacific collection of islands called the Banished Isles. Her adventures are chronicled in Atomic Gods and Monsters is published quarterly by Deischer Kreativ Werks.

Jungle action was very popular in the 1950s in pulps and comics. It's an interesting genre because you can mix it with other genres very easily. Science fiction, fantasy, horror, and whatever else comes to mind - and I do!

As the stories progress, we will discover the protection of the Banished Isles is of great importance to the islanders who live there and the entirety of Earth and beyond. How so and why? You'll have to read to find out!

OLANE OF THE BANISHED ISLANDS (#1)

in ATOMIC GODS AND MONSTERS #4

A biological threat emerges on the Banished Isles that requires six other protectors to join Olane as the island's native life is turned against the islanders. 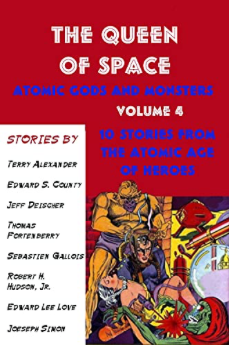 ABOUT ATOMIC GODS AND MONSTERS

Olane will be serialized in Atomic Gods and Monsters starting with that anthology's fourth issue.

Atomic Gods and Monsters is a prose anthology. It happens to be a shared-world universe that takes place in the 1950s and is published quarterly by Deischer Kreativ Werks.

Each hero that appears in Atomic Gods and Monsters was originally published in the 1940 and 1950's. properties that are now part of the public domain (no one owns the copyright on them. They are now owned by the public.).

We affectionately call the world they appear on Earth R. Each character has appeared from variety of publishers and then reprinted by other publishers under new names and additional changes.

INTERESTING FOR YOU TO KNOW

Olane was created by the legendary Matt Baker and originally appeared in a number of golden age comics that are now public domain. 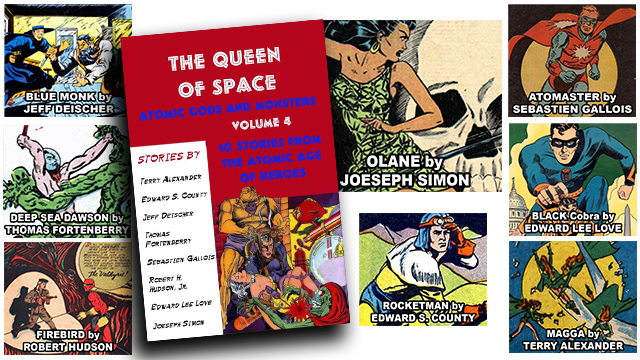